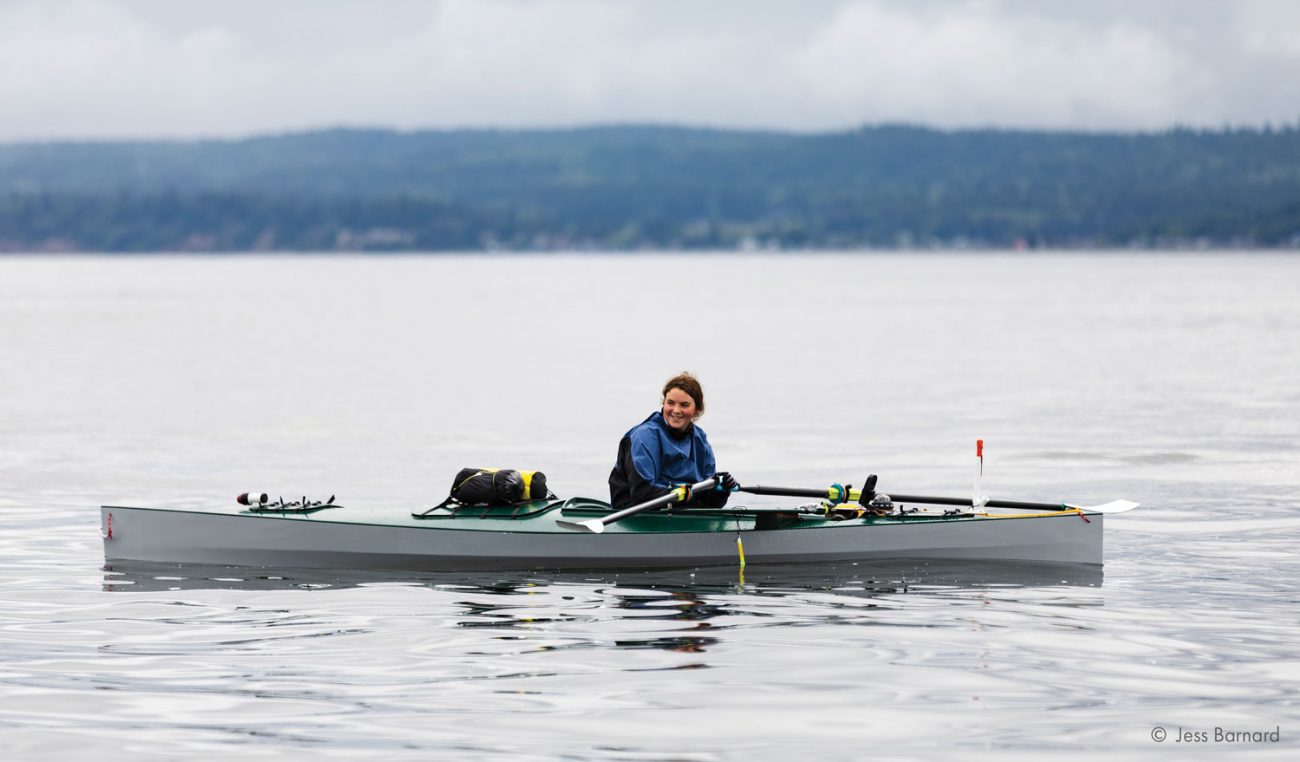 Sixty miles into the SEVENTY48 race, Akeyla Behrenfeld decided she was done. The 14-year-old Port Townsend middle schooler had rowed her home-built boat solo through rain, three to five-foot seas, and 20-knot headwinds. She was soaked from the salt spray, her arms aching, hands blistered. 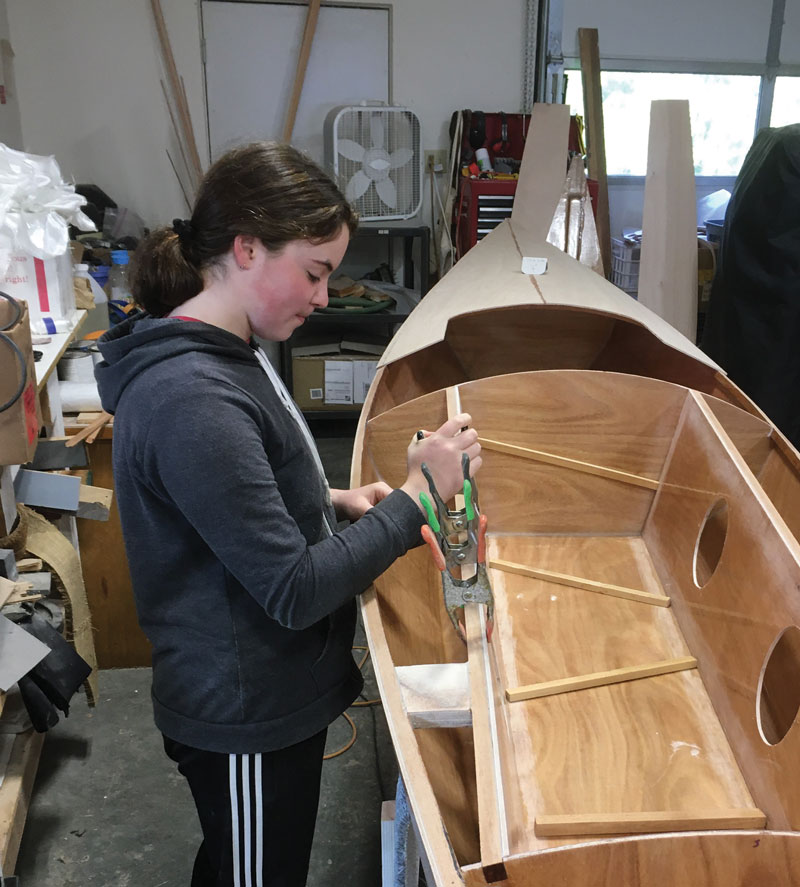 The race had been won hours earlier by veteran mariners in high-tech boats, but dozens more competitors had beached their boats to escape the fierce conditions. Her dad, Port Townsend school teacher Tim Behrenfeld, had been rowing alongside her, trying to encourage his daughter without pushing her beyond her limits.

“I called my mom to tell her we were quitting,” Akeyla recalls. “She said she and my friends were waiting at the Port Townsend Cut, ready to cheer us on.”

So they did. It was the second time father and daughter had completed the extraordinary, human-powered race—seventy miles from Tacoma to Port Townsend.

Akeyla is a quiet, confident middle-schooler who swims two hours a day and was inspired by team Sail Like a Girl who won the 2018 Race to Alaska. She and her dad completed the 2019 SEVENTY48 race in a neighbor’s modified rowing skiff, finishing in 25 hours. “I loved rowing,” Akeyla says. “Especially at night, out there in the silence with the phosphorescence. If something goes wrong, you find a way to deal with it.” She wanted to do it again, but solo. Mom and Dad agreed. 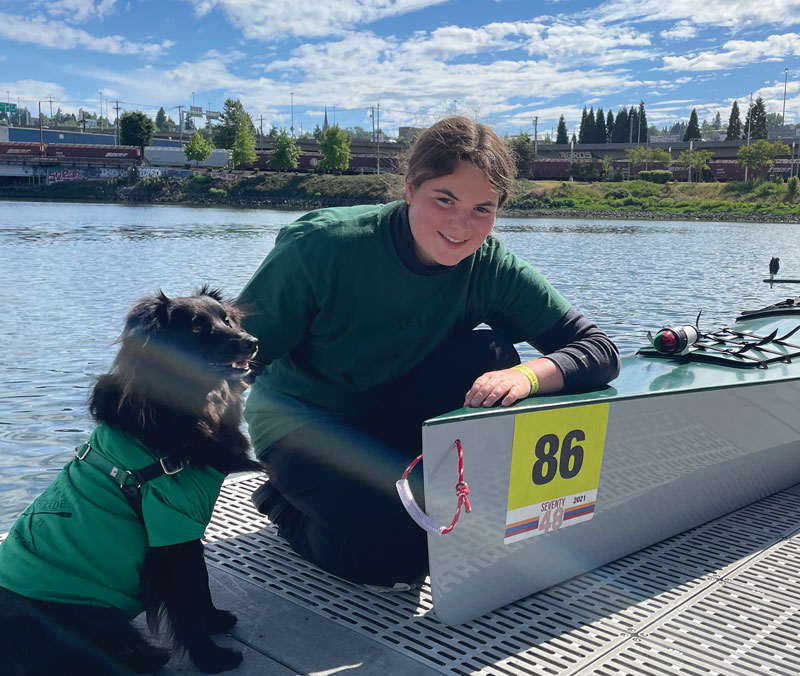 They decided to build not just one boat but two, so Akeyla and Tim could tackle the adventure race together as individual teams. They found Julie and Collin Angus’ design for the Expedition Rowboat (Angus Rowboats)—a craft designed for open water adventuring. The 18-foot, 38.5-pound design was developed for a 4,500-mile expedition from Scotland to Syria. Dozens of Expedition Rowboat builds have been tested in waters around the world—including in Race to Alaska.

Using kits from Angus, Akeyla and Tim set to work, side-by-side, in the garage. Initially targeting the 2020 race which was canceled due to the pandemic, they were thrilled to finally haul the boats to Tacoma for the start of SEVENTY48 2021.

It started out great, with light winds and following seas pushing them up Colvos Passage. Glowsticks marked their boats in the darkness, and they communicated by walkie-talkie.

“It’s harder to row in darkness because you can’t see your oars,” she says. 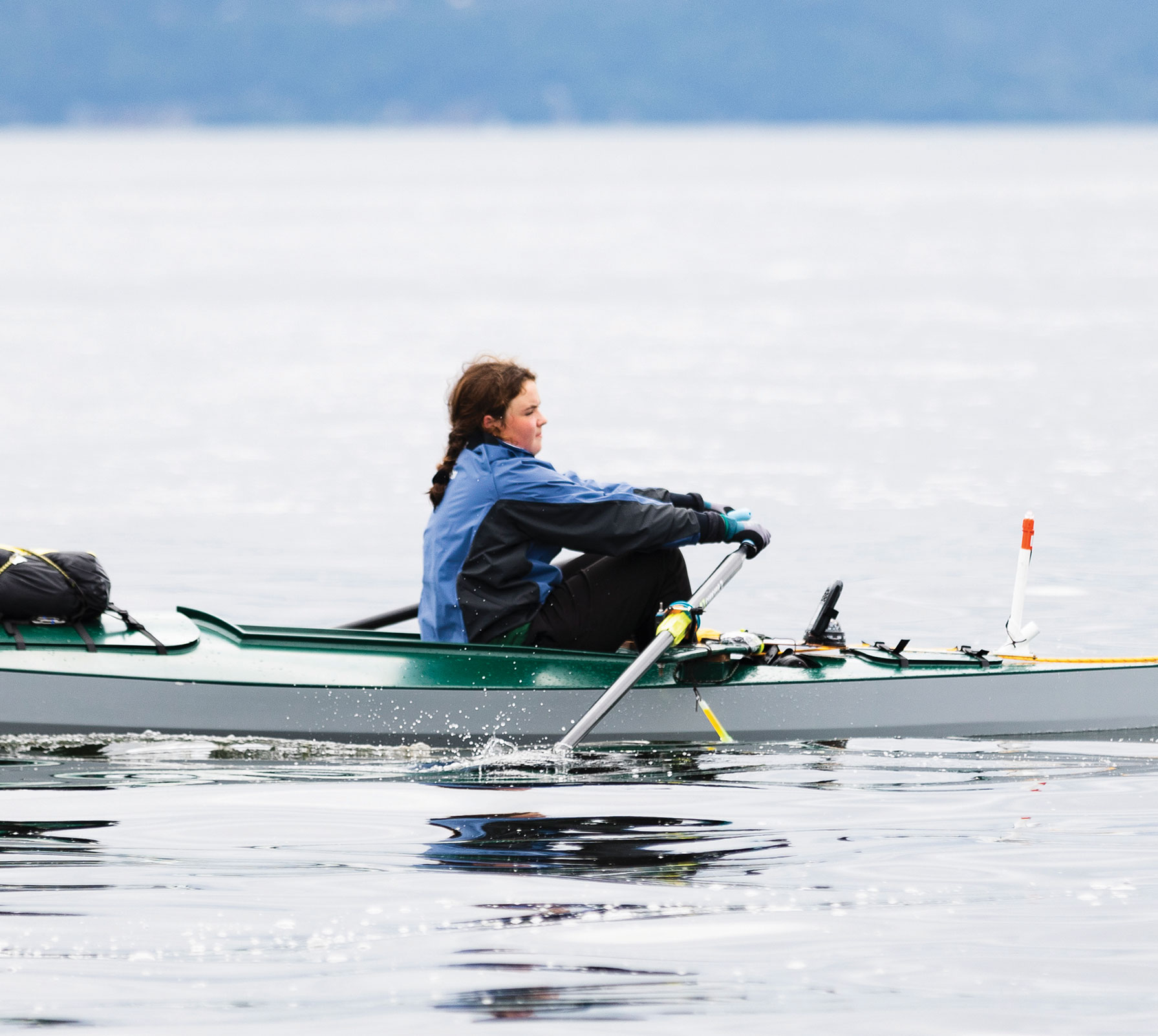 She wanted to stop for a rest, but father and daughter agreed to keep riding the favorable current as long as they could.

Wind and waves picked up as they rowed the shores of Bainbridge Island. The GPS spot trackers on each competing boat showed that most of their fellow racers had put ashore to wait out the weather.

But they persisted. Arriving in Port Townsend and ringing the finishing bell at 12:33 AM (Akeyla) and 12:34 AM (Tim), after more than 29 hours of nonstop rowing through one night and into the next, in building conditions of adverse wind and tide—Akeyla and Tim joined the league of hardy souls who have finished SEVENTY48 solo.

“The ocean can slap you pretty hard,” Tim says. “You learn your comfort level. You have highs and lows, from awesome to why-in-the-world-am-I-out-here?”

Akeyla agrees. “You learn what your boat can do and what you can do.”

What can she do next? “I need a new challenge,” she says. “I’m thinking Race to Alaska. I’m ready.”