This article was written by Scott Wilson and Ian Weedman, and originally published at 48north.com.

It’s cliche to say that they just don’t make them like that anymore, but it’s been something we’ve heard often and from many sources in the days since Brion Toss passed away.

Brion was a Renaissance Man, with talents and interests ranging across the spectrum of human endeavor. Walking into his eclectic rigging loft beside Point Hudson Marina in Port Townsend on any given day, you might indeed find him fabricating standing rigging and tucking splices for a customer’s boat, engaged in the traditional business of rigging. But you might equally find him working on lightweight, fire-safe ways to secure helicopter seats for the U.S. Navy, or drumming up a storm on odd bits of hardware with staccato and hypnotic rhythms he came up with himself, or demonstrating a manual of arms with his katana, or paging through the latest science fiction thriller.

He did all of it with wit, wisdom, keen insight, and speaking and writing skills that put professional speakers and writers to shame. And all while serving as the most devoted husband on the planet; his love for and dedication to his bride, Christian, were the stuff of legend. There was no surer way to see a smile on that bearded face than to ask him for a story about her—and he had many. 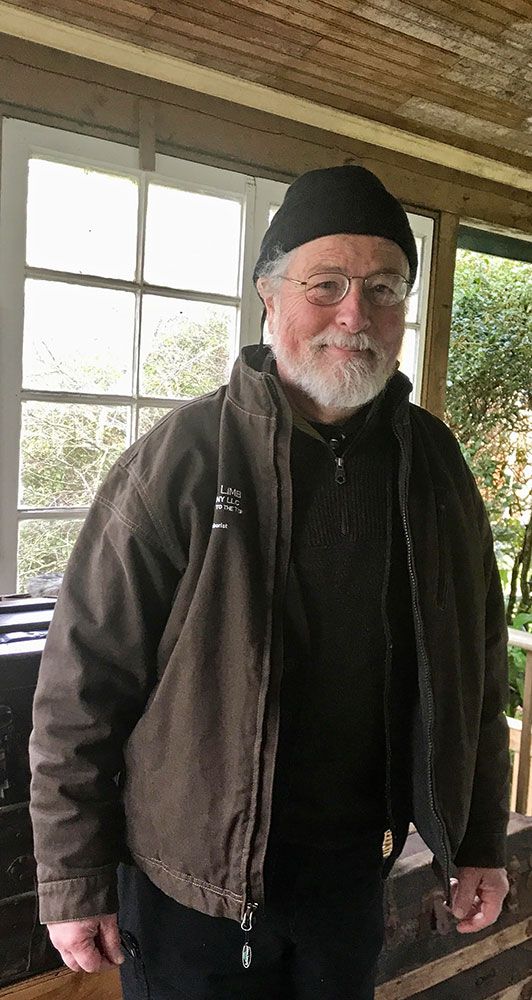 Underlying all things, Brion was a teacher. And because of that, his gifts live on.

Sometimes, it seemed entirely unfair to the rest of us that all that love, wisdom, talent, and knowledge be fused in one mortal soul.

And it makes it that much more unfair that mortality has now reached out and reclaimed that soul and all those talents.

But underlying all those things, Brion was one other thing: a teacher. And because of that, those gifts will live on.

He reached many people through his books, such as The Rigger’s Apprentice or Chapman’s Guide to Knots, or his famous rigging workshops; but the teacher in him just never switched off, even in the most stressful of circumstances.

One freezing February day in Port Hadlock, with the northerly whipping down past Kala Point along the fetch of Port Townsend to smash up against the sliver of beach next to Port Hadlock Marina, Christian’s family boat, the 98-foot, hundred-year-old, M/V Lotus, broke her mooring and went aground.

Boat groundings are a bit like barn raisings in that the whole community turns out to pitch in with the salvage effort, and with a nearly hundred foot vessel ashore, that help came from all over: students from the Northwest School of Wooden Boat Building, the crew and captain of the Adventuress, various local marine tradesmen and sailors. And, of course, Brion, enlisted to the all-important task of building the system of bridles and tow lines to evenly distribute the massive forces that the tugs would impart on those old wooden bones.

Around one in the morning, the tide inexorably rising, hammers and pumps sending up a clatter along the icy beach, a crowd formed around Lotus’s pitched over fantail. From the center of it, braced against the stern post, Brion’s stentorian tones emerged as he expounded on the relative merits of esoteric sling techniques like yippies and whoopies and their applications in modern cordage as he worked. Even under such stress, in such trying conditions, Brion’s most ingrained impulse was to share his knowledge with the community.

Like many great teachers, he was also an avid learner. Brion came to rigging through knots. His fascination with puzzles drew him to the simultaneous complexity and simplicity of splices and knots, and his range of curiosity pulled him into the systems that could be built from them. But he was always sensible of having come into a larger and longer tradition, and respectful of his place in it. He learned it well; improved it where there was room; and shared it with others as best he could. Sharing it became integral to his conception of how to improve it, creating something unique that changed the rigging world forever.

He apprenticed under Nick Benton, whose First Rule of Rigging was firmly underlined by The Rigger’s Apprentice. While working with Nick, he once showed someone else how Nick had taught him to do something. Nick was upset that Brion had passed along what Nick had felt was a trade secret. Brion told him, “But if we share this with people, we get more work!”

His business reflected that mindset as well, a virtuous loop of teaching that led to more clients and more interesting problems to pit his mind against. He once wrote, “All of this activity makes for a rich and complex working environment that is, as far as I know, unique among rigging shops. I love it because it provides not just opportunities for interesting technical challenges, but also for interactions with some truly fascinating people, our clients.”

Even as the cancer progressed, he never stopped working. He would be the first one in to the shop and never failed to engage with clients and visitors and to bring all his passion for the business of rigging and all his other interests as he would have done on any other day.

Brion was still teaching, both in the rigorous and mathematical subjects of his chosen profession, but also in the larger, metaphysical realm. He never shied away from the reality of his diagnosis, but right up until the end, he spent his days full of the same passion and engagement as every other day of his life. He was showing us how to live a full and meaningful life even as his was fading.

He might have learned this from watching his friend and fellow legend in the sailing community, Freeman Pittman, pass away from ALS in 1996. Afterward, Brion wrote of him: “…imagine the most gracious, dynamic, caring, intelligent, and attentive friend you could ever have, and then somehow try to imagine that friend staying that way, while losing everything.”

But he might just as well have been describing himself. 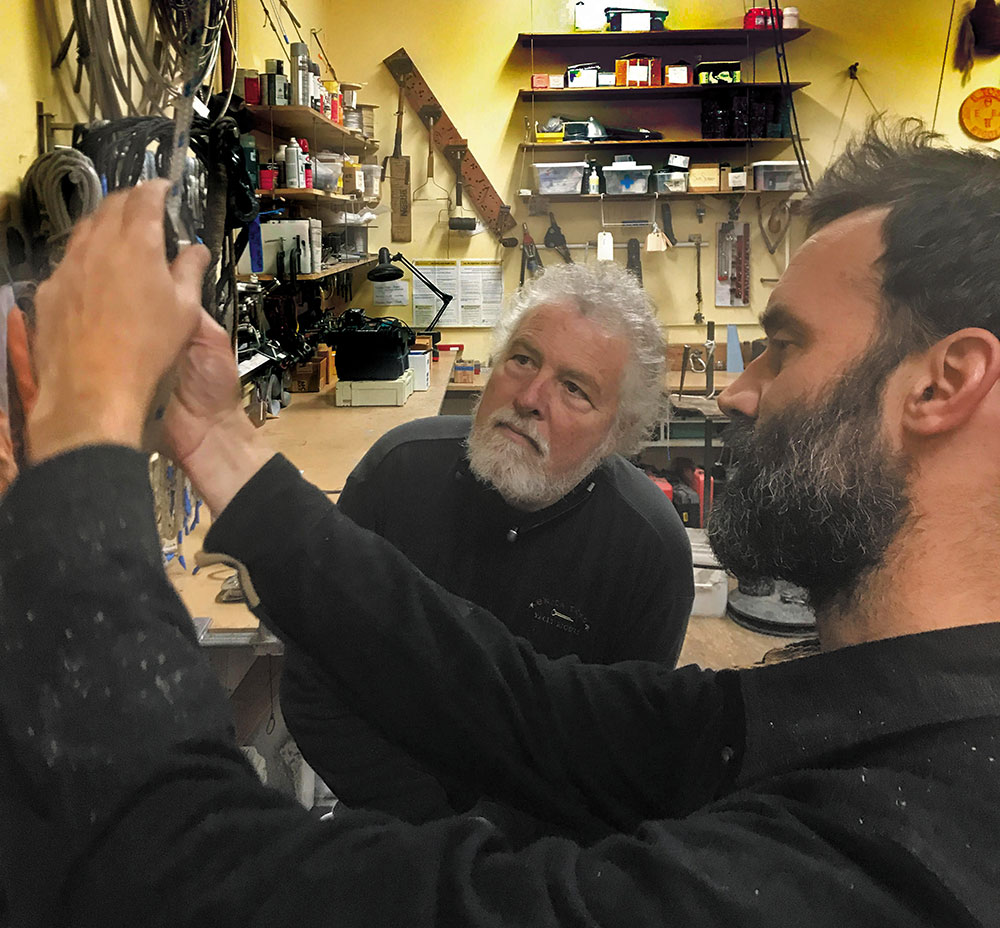 That loss, for us, will only be for as much of him as we allow to fade. The tradition at Brion Toss Yacht Rigging will continue in Ian Weedman and his crew’s capable hands, “following the loads,” as Brion always said—making sailing safer and easier for sailors around the region.

Well-thumbed copies of The Rigger’s Apprentice stand on a thousand shelves aboard a thousand boats around the world. Brion left us with hundreds of pages of his beautifully articulated thoughts, thousands of sailors and riggers he trained or influenced, and many, many friends inspired by his warmth, passion, and courage.

In his honor, those of us who knew him, however briefly, carry the lessons he taught us and pass them on, and on, and on.