Michael Vlahovich says “from design to construction, from launch to adventure, from maintenance to restoration, wooden boats are what maritime stories are made of.” A master shipwright, commercial fisherman, and Tacoma native, Mike has dedicated his career to the preservation of maritime heritage from the Chesapeake Bay to the Pacific Northwest. Now living in his father’s birth village of Sumartin, Brač, Croatia, he wanted to strengthen the connection between Croatian traditions of Puget Sound where so many immigrants from the Dalmatian coast made their livelihoods.

Working with the Croatian nonprofit Maritima Educare and Gig Harbor Boatshop, Mike will build a batana—a Croatian flat-bottom fishing skiff which is a variant of design once common to the Northern Adriatic—in July and August 2022. Gig Harbor was selected as the build site because of the influence of Croatian Americans in the city, both past and present, and the boat’s construction will be supported by Gig Harbor Boatshop’s all-volunteer community heritage program. There will be Sunday open houses to view the build in Gig Harbor, and the completed vessel will be on display at Wooden Boat Festival—a centerpiece for this year’s theme of Croatian Maritime Heritage.

This is truly a project of international collaboration. The plans for the batana were donated by the Batana ECO Museum of Rovinj, Croatia, an organization listed in the UNESCO Register of Good Safeguarding Practices for its dedication to the preservation of this design and its fishing heritage. Port Townsend’s Pacific Northwest Timbers has donated reclaimed Douglas fir for the boat’s construction—reusing quality lumber that may have still been “on the stump” when Croatians first arrived in the Pacific Northwest. The Artful Sailor is making a traditional lugs’l finished in the traditional Croatian checkerboard pattern. And finally, the Northwest Maritime Center’s Boatshop will build the batana’s spars using reclaimed lumber from the Schooner Martha mast project.

One of the project’s goals is to help highlight and sustain Croatian traditions in Gig Harbor and throughout Puget Sound. Throughout, they will gather even more maritime stories—histories of Croatian fishing and boat-building families that have been in Puget Sound for more than 150 years, the stories of their contributions to maritime industries, and how our area’s salmon runs and old-growth forests helped them develop thriving working waterfront communities. The team is excited to share these stories (and gather more of them) at Wooden Boat Festival. 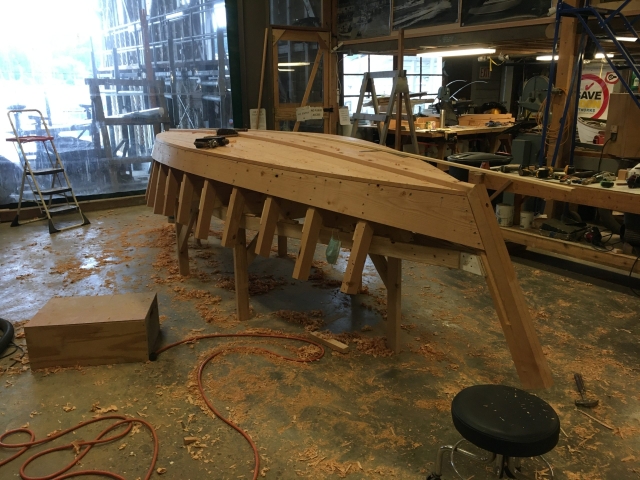 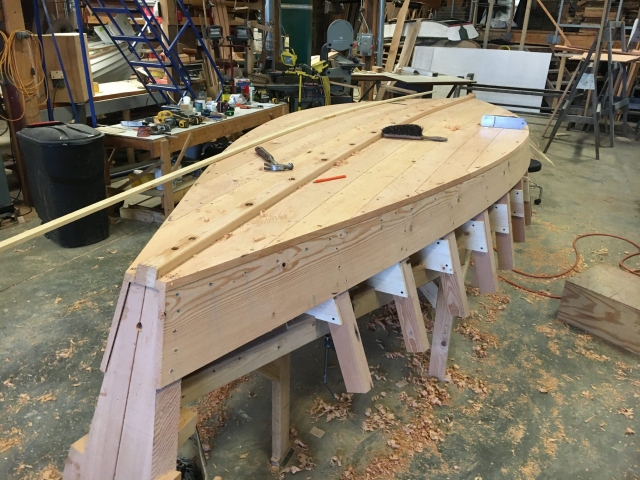