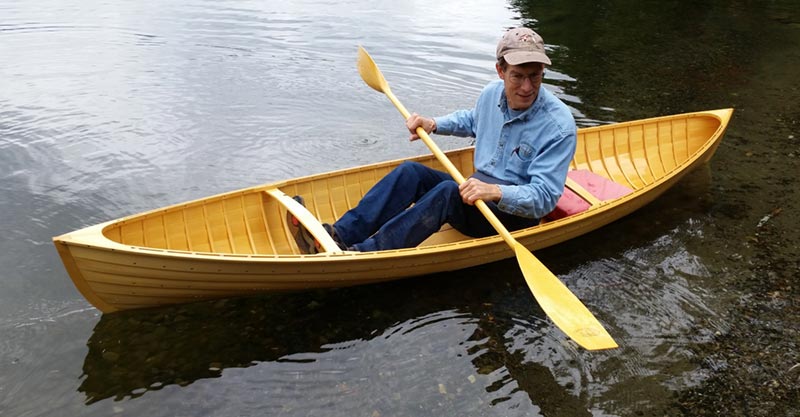 The Stickleback is a double-paddle canoe designed by Iain Oughtred. The design is intended for glued lapstrake plywood planking, but we were interested in a more traditional look, so we chose cedar planking on bent frames, similar to lapstrake canoes built in England and the United States during the late 19th century. The 1/8″” cedar planks are fastened to the frames with clenched copper tacks. The stems are laminated cedar and the longitudinals are Sitka spruce. We wanted the Stickleback to be as light as possible while maintaining a traditional appearance, so we avoided hardwoods in favor of cedar and spruce. Scantlings were kept to the bare minimum necessary, and the result is the canoe weighed 16-1/2 pounds before finishing.”