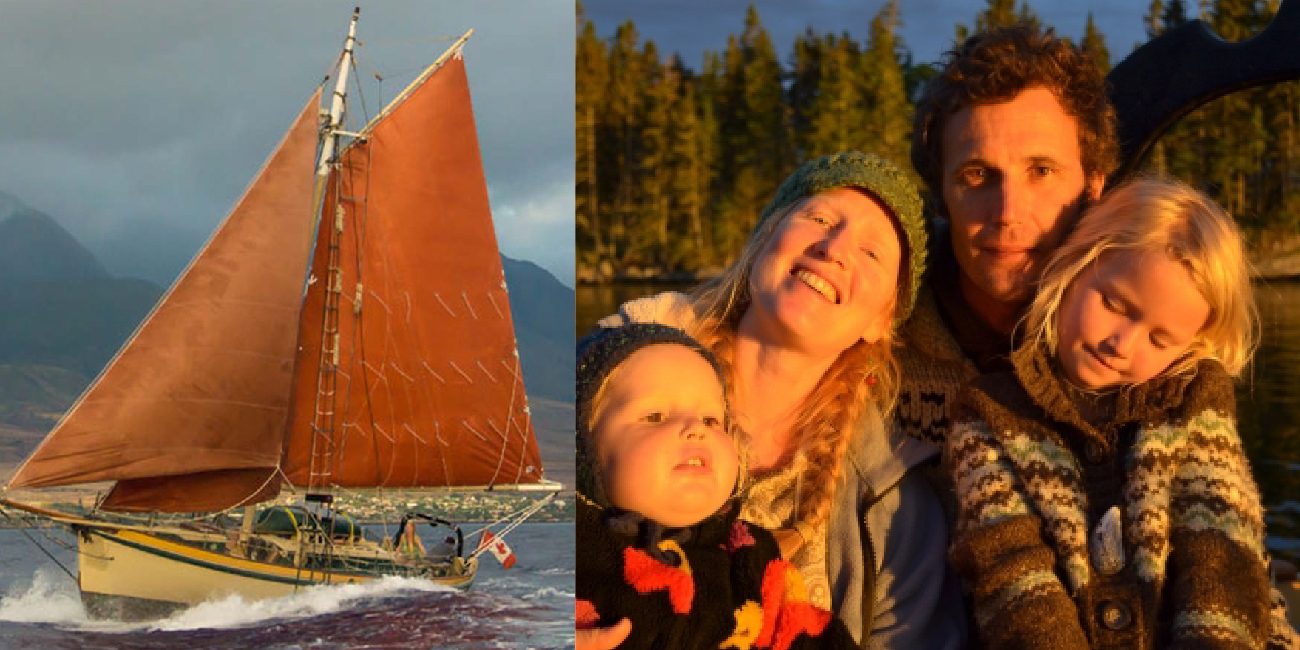 Bruce Halabisky and Tiffany Loney are the recipients of the CCA’s 2018 Blue Water Medal, awarded for their 11-year circumnavigation in Vixen, a 1952 John Atkin designed wood gaff-rigged cutter, with their two daughters, born during the cruise, as crew.

In 2002 Bruce was walking the dock at the Port Townsend Wooden Boat festival and spotted the 1952 Atkin cutter, Vixen, for sale. She had been totally restored by Les Schnick and others in Port Townsend and looked ready to sail anywhere. Although Bruce wasn’t looking to buy a boat, he kept thinking about Vixen and a few months later bought her from Les. Two years later he and his wife Tiffany and set out on a ten year circumnavigation aboard Vixen. Along the way they added two daughters to the crew, Solianna and Seffa. They crossed the Pacific and Indian Oceans and sailed three trans Atlantics. They came back to Port Townsend at the Wooden Boat Festival in 2015 to finish off the journey.

We are so excited to have them back again this year with the prestigious honor of winning the Blue Water Medal!