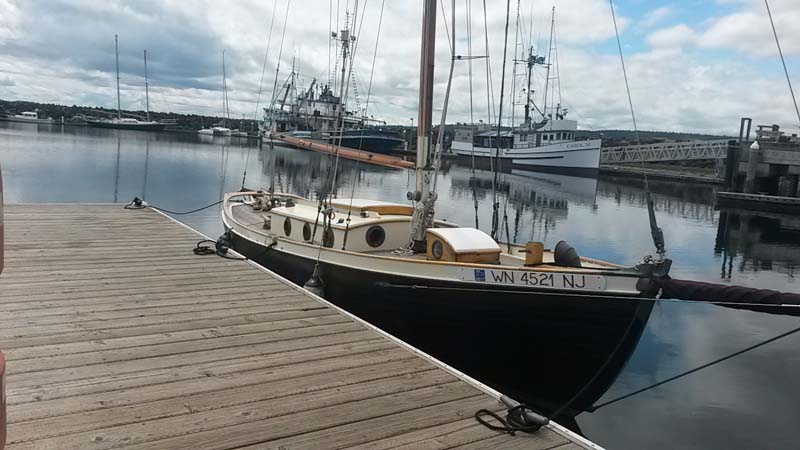 Her designer, Ferdinand Bach (1888-1967) Detroit Michigan, reportedly designed a handful of boats. He apparently designed cars but never drove one, couldn’t swim yet regularly paddled a canoe to work. He was also a renowned carver of duck decoys.

“Seagoin” was brought to Port Townsend from Michigan in the early 2000’s, her renovation carried out by talented, local, marine tradesmen. A bowsprit was added to carry more sail, along with a carbon fiber insert to stiffen her mast, new rigging, sails, as well as some replacement planking, refastening, and more. She had no interior fittings to speak of and was used occasionally for local races. She came under the stewardship of the current owners on New Year’s Day 2015. Since then, some interior comforts have been added, along with other upgrades. Yes, even a depth sounder, after having crossed the straits to the Canadian Gulf Islands several times using only a lead line.

Her longevity and continued ability to draw many admirers is a testament to the designer, unknown builders and artisans of the 30’s as well as the marine crafts people of Port Townsend whose skill has kept her sailing.