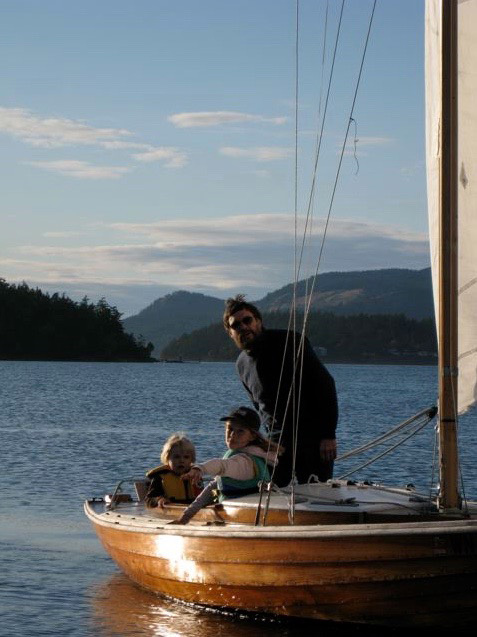 Resembling, and preceding, the larger and more well known Folkboat, the KDY15 became a popular racing class in Denmark during the last century. Svale was built in 1954 in Svendborg, Denmark and incorporates all the ‘updates”‘that became part of the class design in the 1950s including a laminated mast, rectangular boom, foam flotation, and other small details. Svale was brought to the United States in 2007 where it sailed the Salish Sea until 2015. In 2017 repairs were undertaken that included replacement of the deadwood, sternpost, floors, sections of the stem, garboards, deck beams, deck and cabin top, as well as partial refastening and refinishing. Svale was relaunched in the summer of 2018 and resides on Shaw Island.