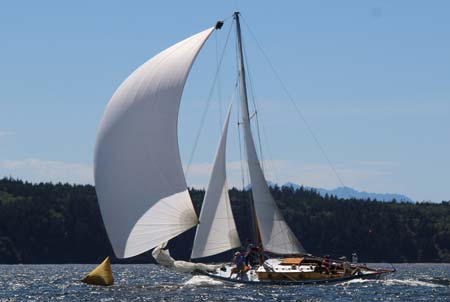 I purchased Vito Dumas in January of 1976, and after a period of work combined with shakedown cruises on the California coast, began a nearly three year cruise that included Baja California, Marquesas, Societies, Hawaii, Alaska, and British Columbia.. Vito has always treated us well, and I have attempted to return the favor by doing the necessary projects to keep her seaworthy and kept up. After more than forty years Vito continues to challenge and inspire.