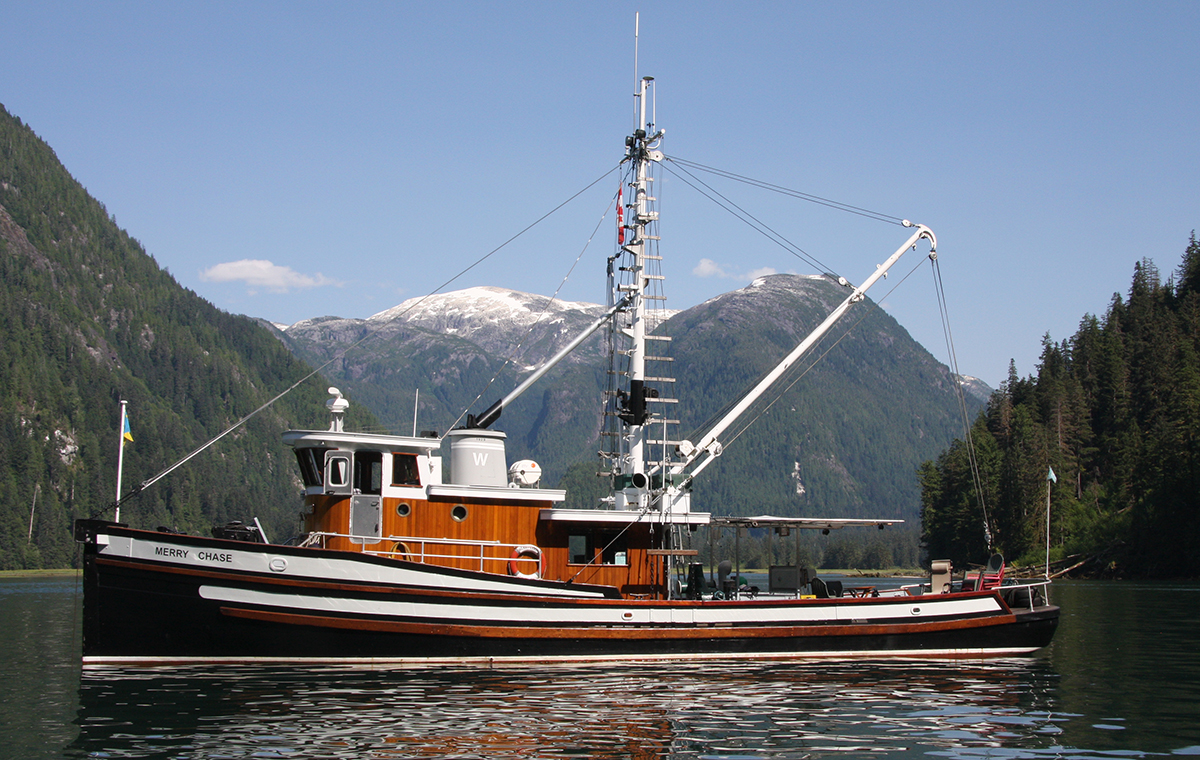 Built by immigrants of Japanese descent in 1929 only to be confiscated by the Canadian government during internment, the Merry Chase is a beautiful seiner with a rich and complicated history. At the time of her construction, Merry Chase represented a golden era in ingenuity at the hands of Japanese boat builders in British Columbia where they excelled in the fishing industry. During the fallout of World War II and Japanese internment, the Merry Chase was seized under the War Measures Act and put into the hands of the Canadian government to serve as a naval patrol vessel for the remainder of the war.

With the end of the war, the Merry Chase found her way back into the fishing industry and was used to catch herring and salmon. She retired from fishing in 2005 and lay inactive at Steveston until 2007 when she was purchased by Bob and Kathy Jordan as a retirement project and completely refurbished to her original table seining configuration. In 2019 the Merry Chase started a new career and appeared in three movie episodes as a Japanese-owned 1941 table seiner filmed in Steveston BC, only doors away from her original birthplace. Ten years from now, the Merry Chase will be 100 years old and still retains her original name.