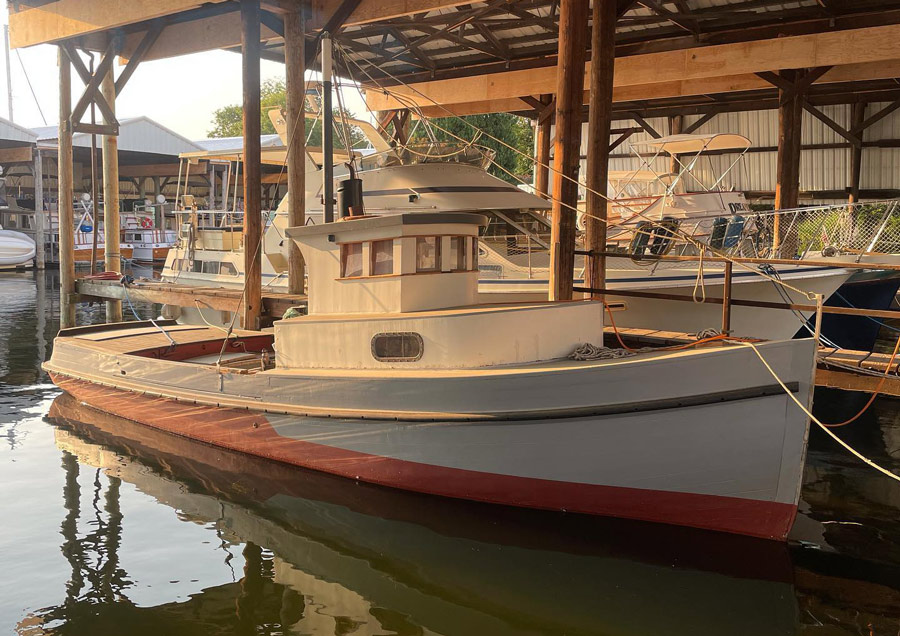 Isswat was built in Whisky Cove on Pennock Island in 1948. She has worked hard over the years as a commercial fishing boat, log tug, and party barge. There are a lot of fantastic stories that I am still finding out about.
Isswat fished and worked as a tug and log camp boat in Southeast Alaska. The boat was brought down to Washington around the 1970s. It continued to work as a fishing boat and tug around Washington till the late 1980s. She spent a few years crabbing off the coast of Oregon till the early 90s. Tired and a little beat up, she has since spent her years in Washington getting a little more love with each person that cared for her.
Isswat is currently in the process of a multi-year restoration to get back to the point where she can make the inside passage and get back to visit where she was built and cruise/fish the water of Southeast Alaska.