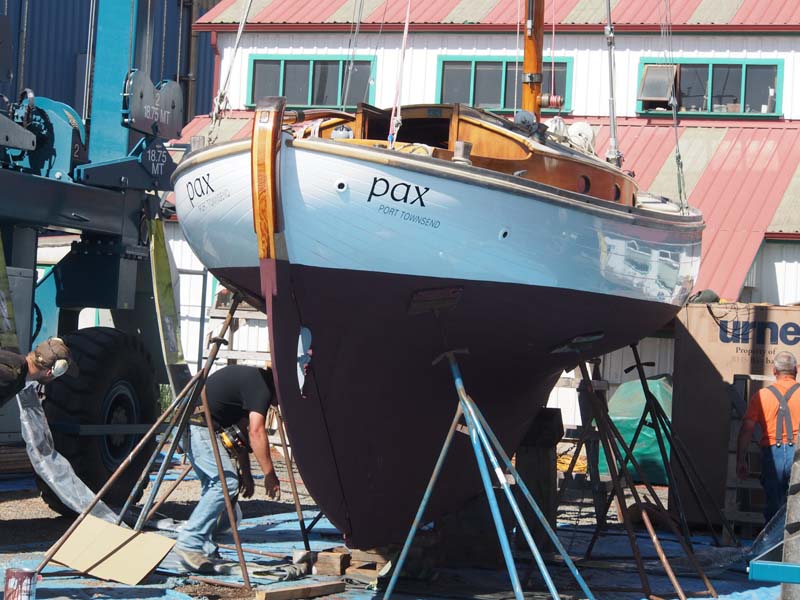 PAX is the only 45 sq meter Danish Spidsgatter sailing in North America.

Pax (Latin for Peace) is a spidsgatter (Danish for “double ender”) built in Kalundborg, Denmark in 1936. The spidsgatter was a racing class begun in the mid-1920s as sail clubs across Denmark sought to expand opportunities for families to sail together. The boats were fast (very high rig), ocean-worthy (modeled after the North Sea fish boat designs), had lots of volume below (beamy) and were relatively inexpensive to build.