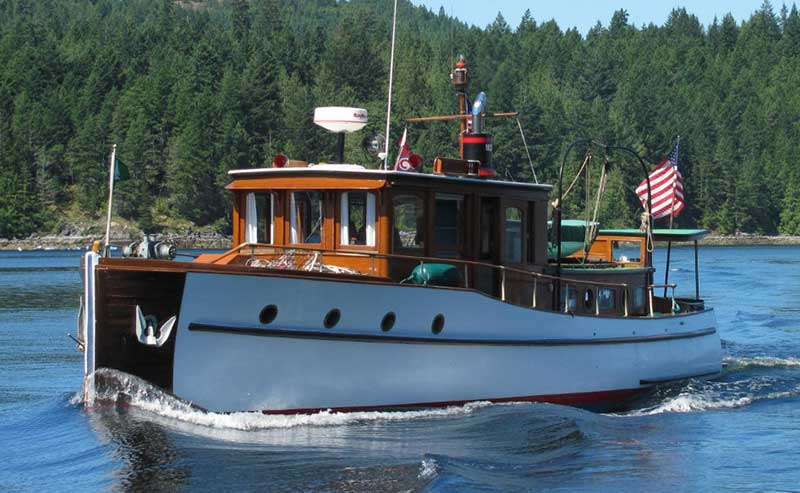 A number of such installations have been made on the West Coast and are being watched with keen interest by motor boat operators everywhere.

A particularly striking yacht installation was that made in the 44-foot power cruiser El Mistico owned by E. Michelson of the Seattle Yacht Club. The El Mistico was built by the Ballard Marine Railway of Seattle from designs by Thearle and Nordstrom and embodies a number of striking features in design, construction, and arrangement.

The power plant is one of the new four-cylinder Fairbanks-Morse marine Diesel engines developing 40 h.p. at 650 r.p.m. This engine is of the two-cycle type. The installation was made under the personal supervision of A. F. Whitehead, manager of the service department of the Seattle branch of Fairbanks-Morse & Company.

A feature of the job is the special unit control stand designed by Fairbanks-Morse engineers, and due to the success of the El Mistico will be made standard on this type of craft. By the use of this control, which is in a single bronze casting, the engine can be started, the clutch manipulated, the speed regulated and the reverse operated by the man at the wheel. Air and oil pressures are carried to the pilot house so that the owner can at all times follow the operating conditions of the engine. There is a thermostatic monometer for indicating engine temperature.

…The centralization of controls enables one man to operate the boat readily.