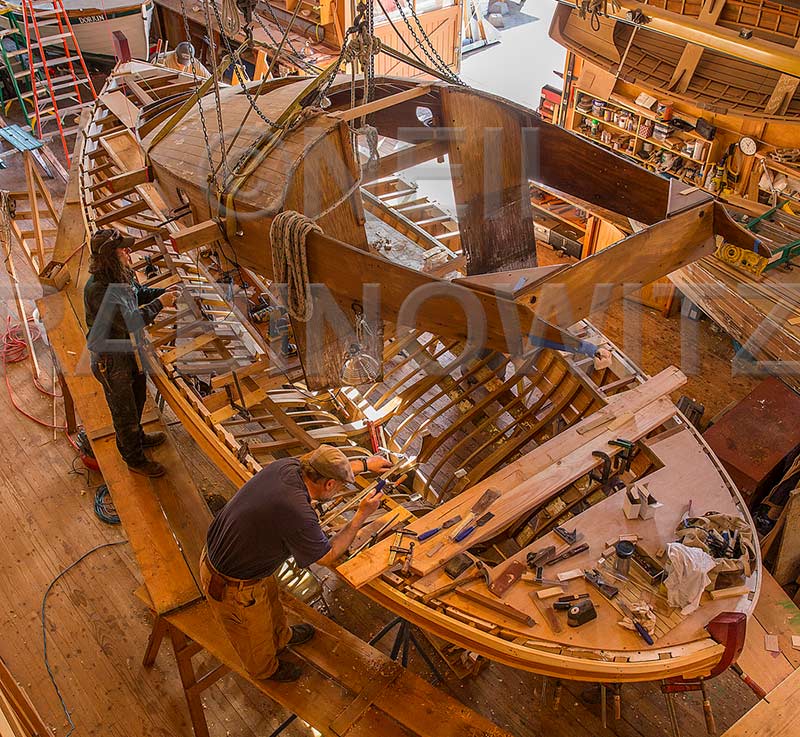 This 38 square meter sloop designed by Marius Sofus Joannes Hansen in November, 1935, was built by Thomsen Boatyard in Kalundborg, Denmark and launched in 1939.

Bout has undergone a complete, loving, restoration beginning in September 2017 by Robert D’Arcy and Douglas Jones, and their professional crew, Jason, Riley, Jen, and Zolly. All work was done inside the Port Townsend Maritime Building. Her construction is plank on frame using white oak framing, larch planks, and teak decks over angelique framing. The center line is purple heart.Her cabin is original with a new interior. Doug Jones reshaped the mast, and Port Townsend Foundry created all the bronze works. Sails were made by Carol Hasse, and rigging by Port Townsend Rigging. Brian Toss contributed as well. Walt Tisdale handled the new engine installation. Bout was able to hold onto her lead keel during WWII when Nazi Germany occupied Denmark. In 1966, she was solo sailed from San Diego to Hawaii and back by then owner Robert Sisler. Bout was purchased by Ollie and Janice Pedersen in 2006. Photo by Neil Rabinowitz